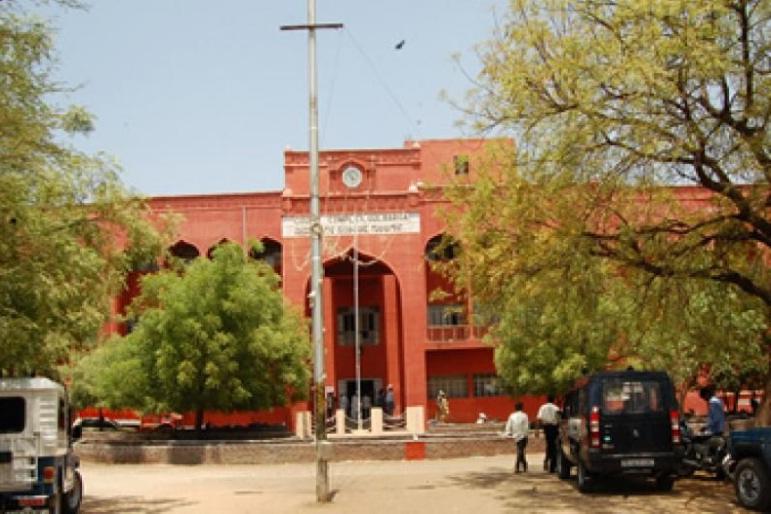 The District & Sessions Court, Kalaburagi is located in the prime area of the city near the Railway station and D.C.office. The Court came into existence in the year 1935 AD. The Court previously was functioning in the old building built by the erstwhile king Nizam. Now, the Court from the year 2001-02 is functioning in the New court building constructed in two floors in the Court compound and District Court is functioning on the second floor of the new court building. There were 10 talukas were in the Kalaburagi district prior to 01.01.2010 i.e. before the bifurcation of Yadgir district from Kalaburagi.

The Kalaburagi is situated in Deccan Plateau located at 17.33°N 76.83°E and the general elevation ranges from 300 to 750 meters above mean sea level. Two main rivers, Krishna and Bhima, flow in the district. Black soil is predominant soil type in the district. The district has a large number of tanks which, in addition to the rivers, irrigate the land. The Upper Krishna Project is major irrigation venture in the district. Bajra, toor, sugarcane, groundnut, sunflower, sesame, castor bean, black gram, jowar, wheat, cotton, ragi, bengal gram, and linseed are grown in this district.

The city of Kalaburagi was founded by the Bahmani Sultans in the 14th century as their capital. However the history of the region dates back to the 6th Century when the Rashtrakutas gained control over the area, but the Chalukyas regained their domain and reigned for over two hundred years. Around the close of the 12th century, the Yadavas of Devagiri and the Hoysalas of Halebidu took control of the district. The present Kalaburagi District and Raichur District formed part of their domain. The northern Deccan, including the district of Kalaburagi, passed under the control of the Muslim Sultanate of Delhi. The revolt of the Muslim officers appointed from Delhi resulted in the founding of the Bahmani Sultanate in 1347 by Hassan Gangu, who chose Kalaburagi (Ahsenabad during this period) to be his capital. From 1724 to 1948 the territory occupied by the present-day Kalaburagi district was part of Hyderabad state ruled by the famous Nizams. It was integrated into India in September 1948.  Cities & Towns Afzalpur Aland Chincholi Chitapur Kalaburagi Jevargi Sedam Shahabad Wadi

When it comes to the selection process, the candidates have to take up a written exam / Interview. Selected candidates will be paid a handsome salary (as per Govt rules). The type of questions that are asked in the technical interview round differs from one position to another. There are multiple steps for the selection process for the posts of Stenographer, Clerk, Peon, Process Server, Gardner, Chowkidar, Liftman, Sweeper, Watchman, Cook, etc. in the Kalaburagi Court. The procedure is as follows

We advise to candidates for other Kalaburagi Court Recruitment 2021, How to Apply, Selection Process, Age Limits, and other details please read given here official recruitment notification carefully before apply online or Offline.

Know the current status of your case by Return SMS

Important: Case Number Record (CNR) is a unique Identity Number of each case, which remains constant. All the Advocates, Litigants, and stakeholders are requested to ascertain the CNR of their respective cases from the concerned Courts and to refer the same for all future references.